Eastrop Infant School first opened its doors on the 10th January 1977 after it was decided that Highworth was in need of another school. Unlike many new schools, Eastrop with full right from the start after with over 160 children transferring to Eastrop from what was then Southfield Primary School. Southfield then became a Junior School meaning that Highworth was being served by 3 schools; Eastrop Infants, Southfield Juniors and Westrop Junior School. 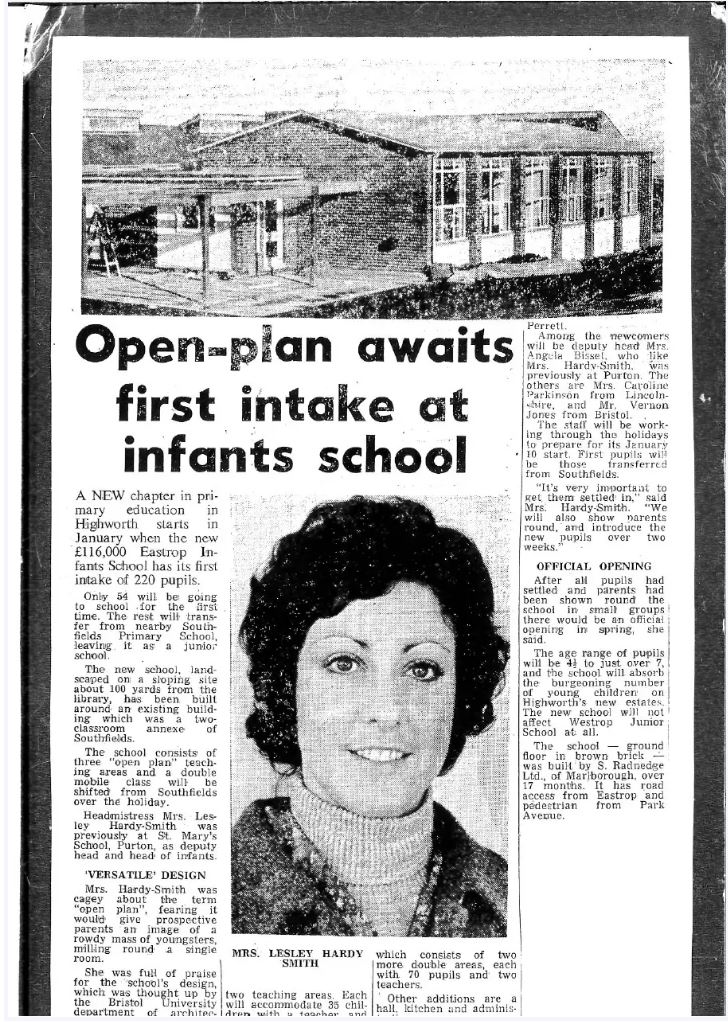 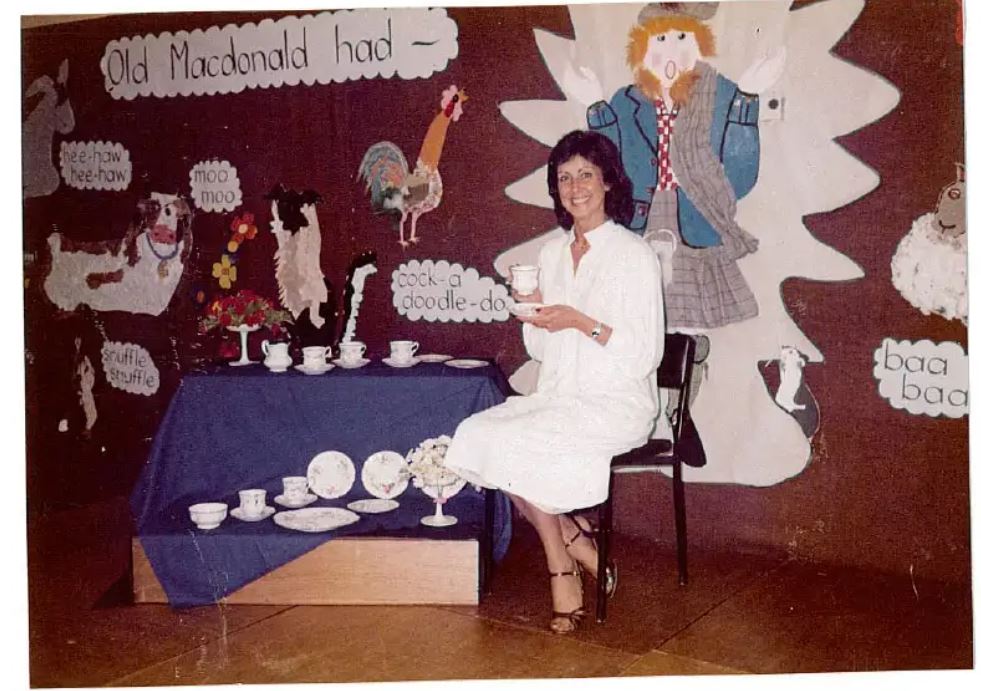 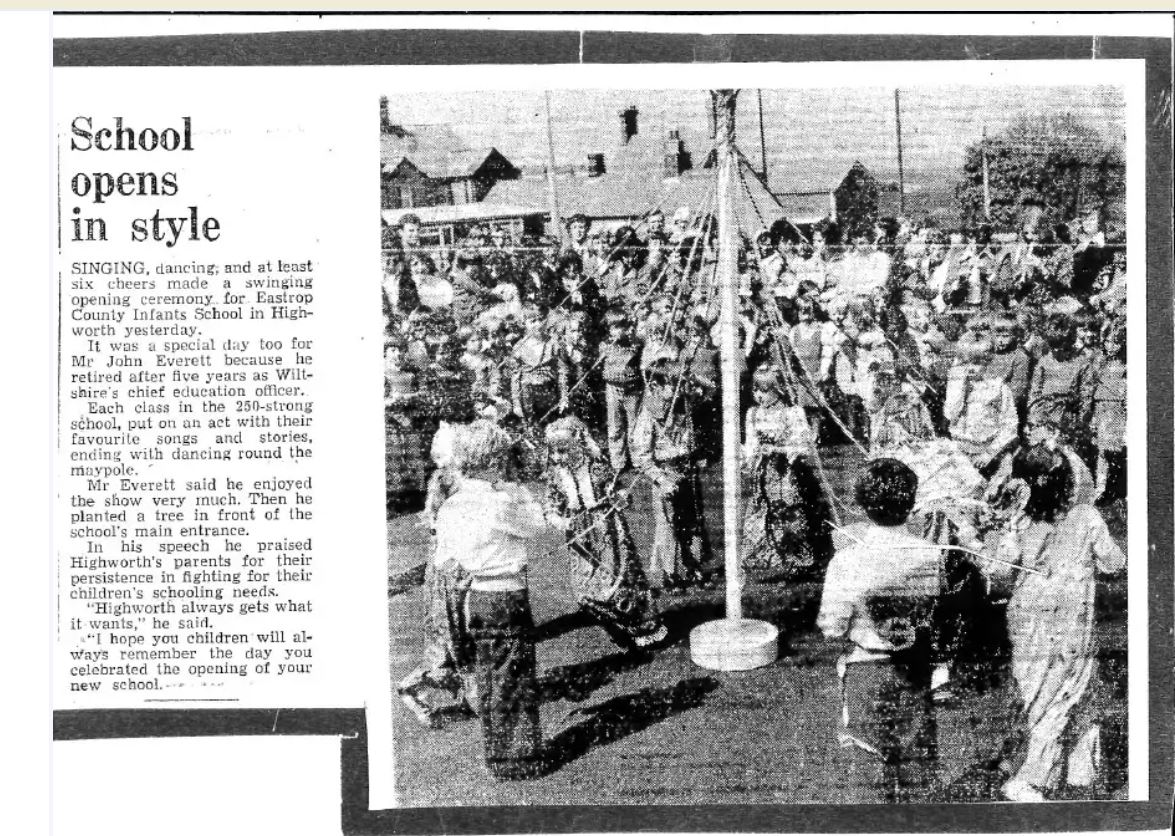 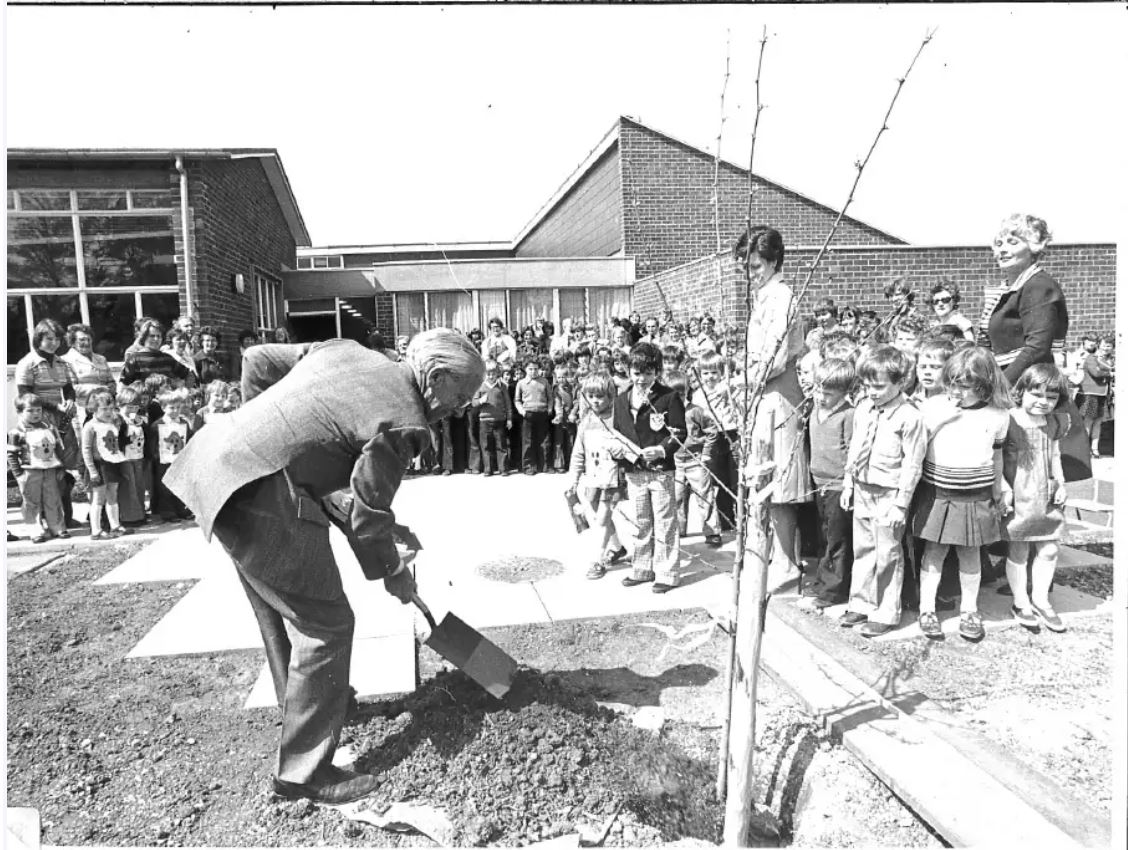 The long-awaited opening of Eastrop Infant School was not without its problems though. The first Head Teacher of Eastrop, Mrs Hardy-Smith kept a detailed School Log Book which describes how the contractors had spread a lot of mud onto the playground. Three days later, there was heavy snow fall and the lorry bringing a mobile building to the site got stuck, the school buses were late due to blocked roads and there was a power cut at 2 pm! On the 14th January, heavy snow fell again and many children were sent home leaving just a few children in each class.

17th January - Eastrop welcomed the youngest of their pupils, the new starters. The following day there was a strike by members of the National Union of Public Employees. Fortunately, the schools in Highworth were still able to open to children.

26th January - Heavy rain washed mud down from the mobile site onto the playground, blocking the drains, causing the playground to flood.

31st January - A water pipe became loose in the mobile classroom during the weekend resulting in flooding.

It certainly was a very eventful time during the early days of opening Eastrop! The School log was used for successive years by the various Head Teachers up until 1995. 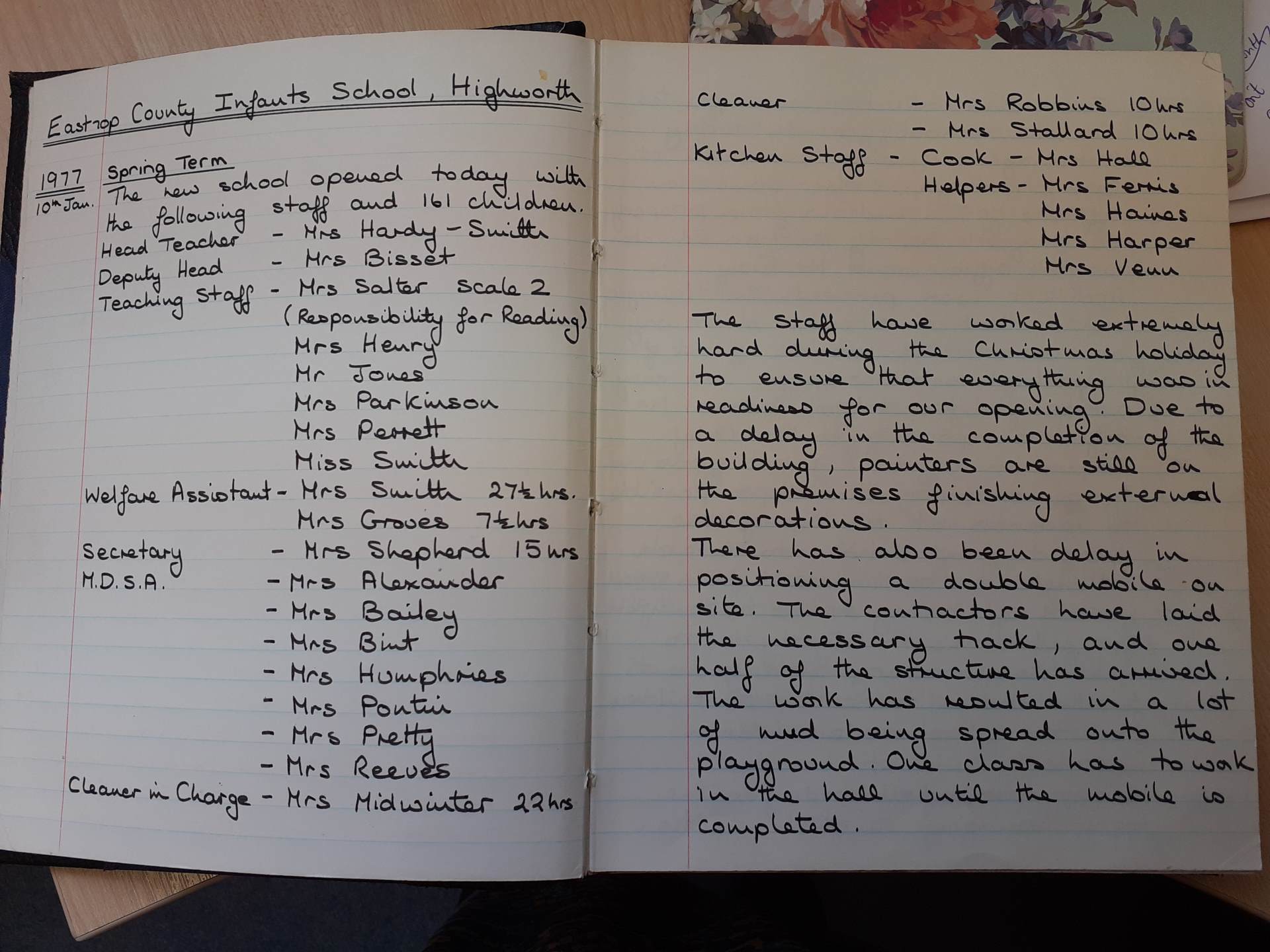